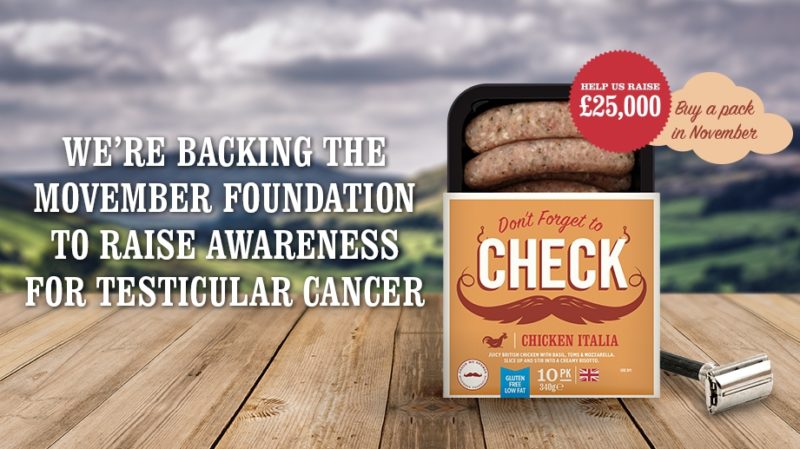 My family and I absolutely adore Heck sausages, they really are farmers’ market quality sausages and they are delicious. So, when I heard that they will be renaming as CHECK for the month of November and joining the fight for men’s health, I just had to write about them. Their divine Chicken Italia sausages will be renamed CHECK with the company hoping to raise up to £25,000 for the Movember Foundation through sales and to encourage thousands of men to pay attention to their health.

This is a cause that is close to the family behind HECK, at the start of 2016 Jamie Keeble, co-founder and eldest son of the family behind HECK found a lump on one of his testicles which was quickly found to be cancerous, “It was only a small lump, about the size of a 5p coin, but I knew it was wrong and went to see my GP straightaway, “ says Jamie.  “I’m lucky, I caught my cancer early. But conversations with friends and with nurses and doctors have told me that many guys my age simply aren’t aware of either the fact that testicular cancer is more common in younger than older guys, or that they need to check themselves regularly”.

HECK CEO, and Jamie’s dad, Andrew Keeble says, “Testicular cancer is the most common cancer in younger men. Unfortunately too many men feel something unusual but don’t tell anyone, so we’ve got to make it easier for them to say when they feel something isn’t quite right.  Hopefully our packs of CHECK sausages will start some conversations which will raise awareness, and funds and maybe even save some lives.”

Director of Partnerships at Movember UK & Europe Laura Mair says “We’re excited about HECK’s rebrand to CHECK for Movember which will hopefully drive conversations about men’s health in supermarkets nationwide throughout the month.  Our goal is to stop men dying too young, and in order to achieve this we need more men aware of the risks that they face and to take action when there’s an issue.  HECK has created a really fun way to share this important message, and we encourage all their fans to sign-up to Movember.com and get involved.”

As you all already know, I love a bit of research and HECK has carried out brand new polling research with 2000 participants into the lack of knowledge about testicular cancer. The results are startling:

Here at Vivre Le Rêve we love to support companies that are trying to give back, so Vivre Le Rêve HQ will most certainly be stocking up on CHECK’s Chicken Italia sausages throughout Movember. Of course, it helps that they’re delicious!

Now I want share with you my go to sausage recipe in Autumn/Winter, I hope you love it as much as the Lockwood household do. It’s my Italian Sausage and Tortelloni Soup, and it’s just like Mama used to make. 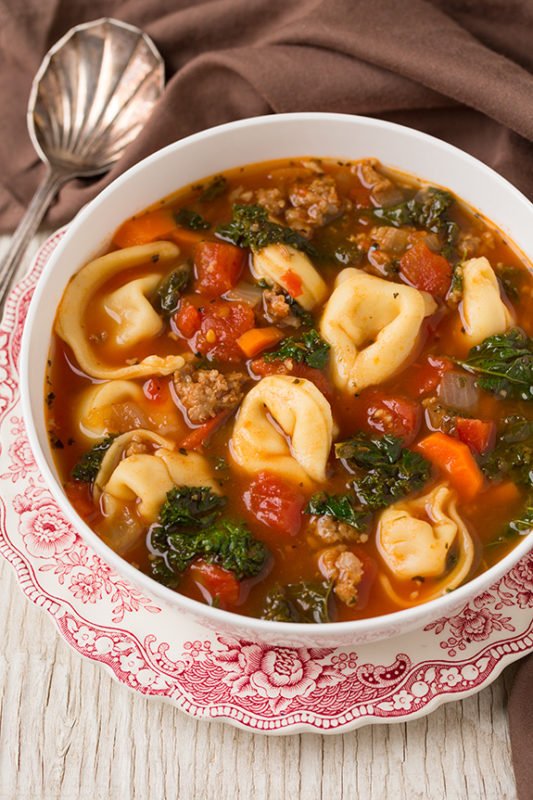 Heat the oil in a medium pot over medium heat.

Add the sausage and cook, breaking the meat up with a wooden spoon, until browned, about 4 minutes. Add the onions and celery and continue to cook, stirring, until the vegetables are softened, about 5 minutes.

Add the beans, tomatoes, broth and 4 cups water and increase the heat from medium-high to bring to a simmer. Continue to simmer, adjusting the heat if necessary, until the vegetables are tender, about 10 minutes.
Add the tortellini and continue to cook until they are tender, about 10 minutes. Season to taste with salt and pepper. Serve in bowls topped with a spoonful of pesto or kale and a sprinkle of grated Parmesan. 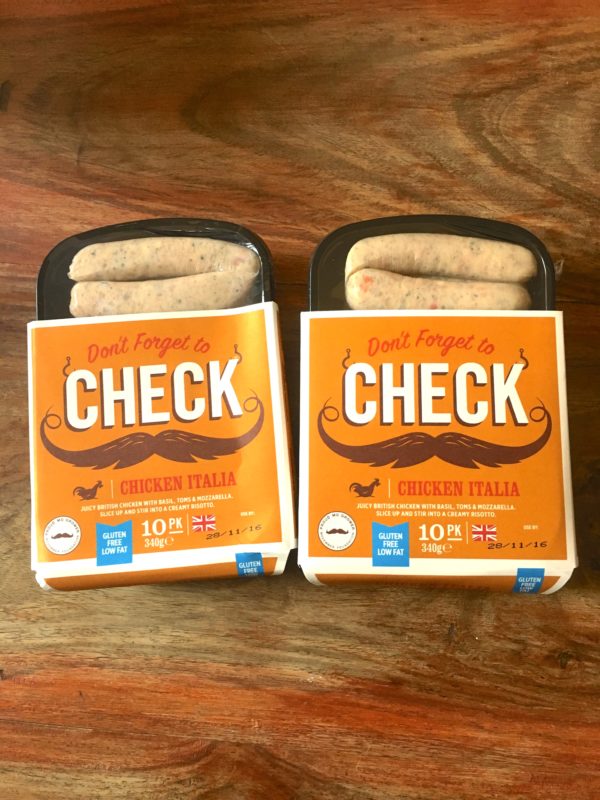 If you’d like to get your hands on some CHECK Chicken Italia sausages too, just enter via the Rafflecopter below, good luck!