Those of you who follow us on Instagram, will know that it’s pretty much all about Teddy. His fluff is almost always on point. However, and I’m sure he won’t mind me telling you this, he sometimes needs a little help. You see, although he hates walks and pretends to lose all use of his legs when a leash appears, he is quite fond of rolling around in muddy puddles with his big sister, Bella – the border collie, and that’s where The Little Soap Company and their Little Beast Pet Pack come in. 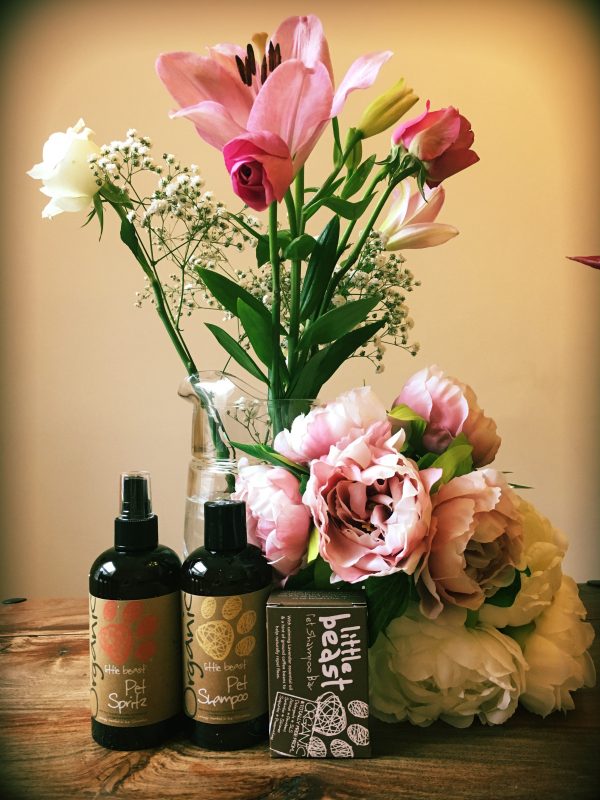 The Little Soap Company was conceived several years ago by Emma Heathcote-James. Starting life as an insatiable one-woman band, Little Soap Company has been passionate about reducing the amount of chemicals and synthetics people unwittingly rub into their skin since day one. Baffled as to why you couldn’t pick up a bar or bottle of pure organic soap amid the weekly supermarket shop Emma wants to do for the cosmetics industry what Jamie Oliver has done for food, Emma wants to get the world back to basics, creating the purest organic soap she believes possible and making it accessible to everyone. From hand-making soap on the Aga and selling in subzero temperatures at farmers markets, the business has grown with production runs now in the tens of thousands producing the first organic soap bar to hit supermarket shelves. Launching on a small scale in Waitrose in 2010, then regionally in Tesco’s in 2012, nationally in Waitrose 2013 (best beauty launch and fastest selling bar soap) followed by Booths in the North. The range then rolled out into other major national supermarkets including Sainsburys and Boots the Chemist.

The wonderful people at The Little Soap Company are offering our readers the chance to win a Little Beast Pet Pack of their own. Just enter via the Rafflecopter below, good luck!