You know it’s going to be a good day when a delicious box of French cheese shows up in the office, and we weren’t wrong. Les Nouveaux Fromagers Delicious Monthly Cheese Box is pretty much everything you could hope for from a subscription cheese service. Each month you receive four exceptional cheeses each from only £25,90, with no commitment, so you can cancel at any time.

We love the way Les Nouveaux Fromagers visit local producers and select the best unpasteurized milk cheeses for you. Each month, their selection mixes renowned cheeses and new discoveries. Each of their boxes contains between 600 to 800g of cheese, as well as a tasting notebook explaining the origin and the production method of the selected cheeses. 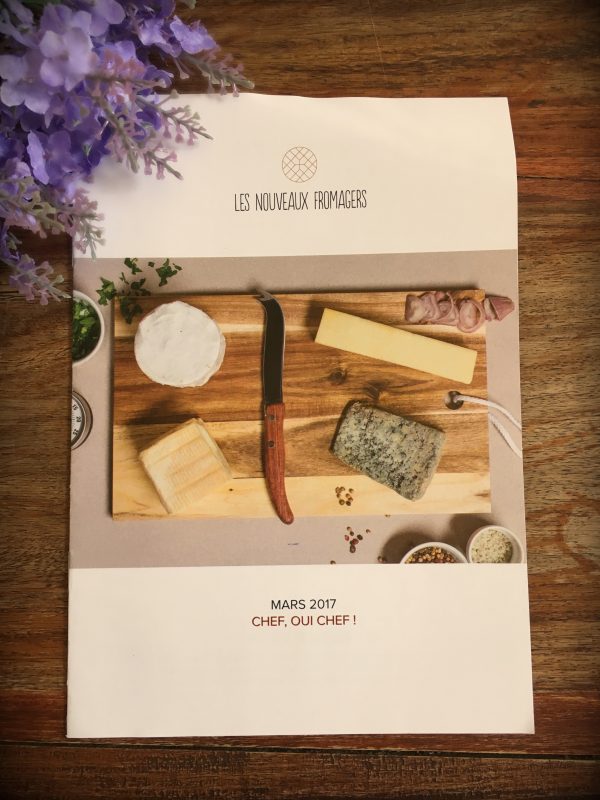 Their parcels are specially designed in order to preserve the freshness of their products whilst also protecting them. The cheeses are traditionally packed to preserve their quality and arrive like little gift wrapped presents at your door. The most sensitive cheeses are even vacuum-packed to improve their preservation during shipping. Once packed the cheeses are placed in a refrigerated box containing eutectic gels, maintaining a consistent temperature between 4°C to 8°C throughout the whole delivery. Les Nouveaux Fromagers deliver directly to your home or office via 24h Fedex Delivery  at no additional cost. 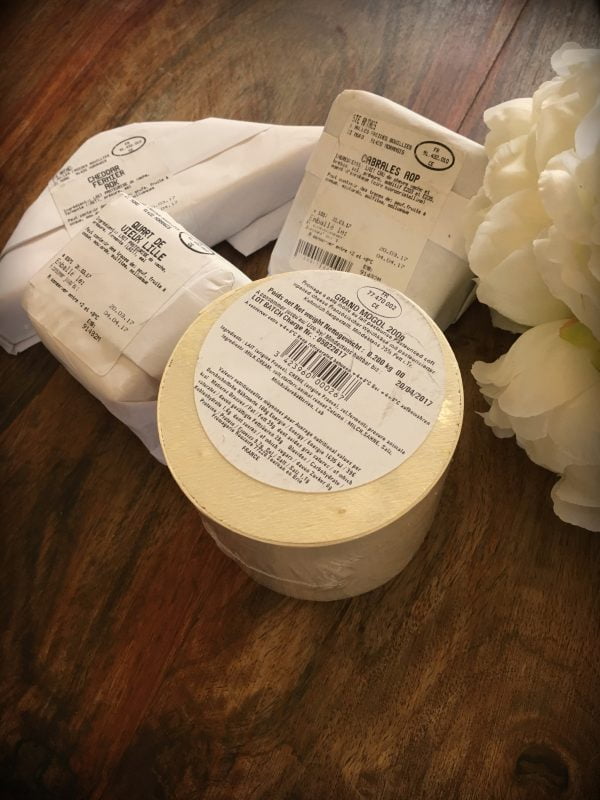 We get asked about our tips for the perfect cheese board often and it’s no wonder really, even some of the finest London restaurants will serve up a disappointing cheeseboard and charge you £20 for it. There’s nothing more disappointing than an inferior cheeseboard. This clever little box contains the following impeccably well balanced bunch, so you can impress your visitors by making it look like you know what you are doing.

Grand Mogol – Fromagerie Rouzaire: Is a soft, triple crème cows’ milk cheese, which is matured for 2-3 weeks and its texture becomes creamy, but consistent. It has a bloomy natural rind and is cylindrical in shape.
Cheddar Fermier – Wyke Farms: Quite unexpectedly, there was also a delicious supply of Wyke Farms crumbly Cheddar. With impeccable texture and packed with flavour.
Vieux Lille – Fromagerie Leduc: Also known as “Puant de Lille or “Gris de Lille”, this cheese is a ripened Maroilles soaked for three months in brine to give a salty taste. It is said that northern miners ate this artisan cheese down the pit.
Cabrales – Queseria La Pandiella: Cabrales is a blue cheese made in the artisan tradition by rural dairy farmers in Asturias, Spain. This cheese can be made from pure, unpasteurized cow’s milk or blended in the traditional manner with goat or sheep milk, which lends the cheese a stronger, more spicy flavour.

Now, let’s get down to business. Ideally there should be 50g of cheese per person at the end of a meal, going up to 100g per person if the cheeseboard is being served as a main. You should keep the rest wrapped in greaseproof paper or foil (no clingfilm or plastic bags because it makes cheese sweat) in the drawer of your fridge. Putting something like a carrot in with it will help stop it from drying out. Take it out of the refrigerator about an hour before you want to serve, so it can come up to room temperature, but keep it wrapped and leave on the rinds to preserve the shape of the cheese and make it look its best. A cheese’s flavour develops from the outside in, so the rind is also depended on for this. Remember to also lay out a different knife for each cheese, to prevent cross-contamination. 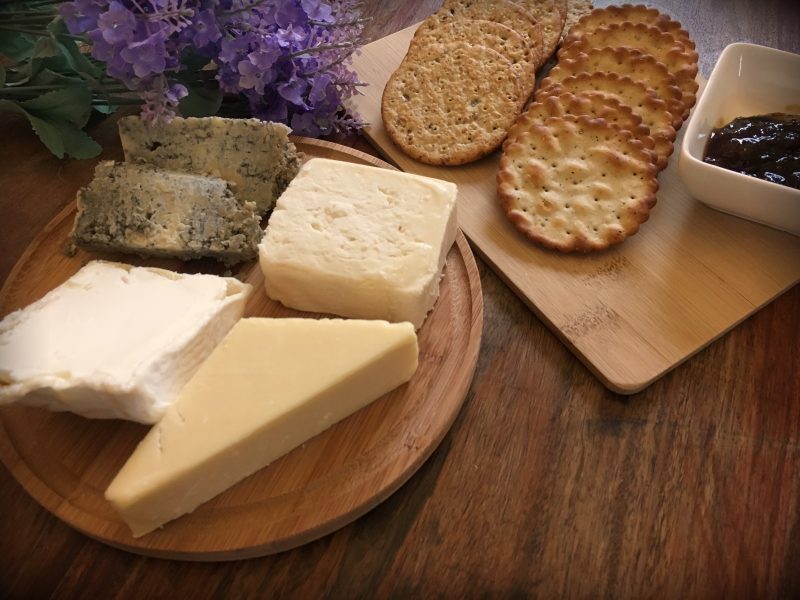 So, that’s the very important cheese bit covered but what to put with it? We think that blue cheeses go best with something a bit sweet, soft cheeses with a crisp, light cracker, but something neutral should work with everything. Any chutney that goes well with meats will also go well with cheese, a bunch of grapes and a few walnuts scattered across the board will make people think that you’ve actually put some thought in to this.

Now that we’ve covered the cheese, accompaniments and chutneys it’s time to pair it all with wine! Cheeses obviously go down well accompanied by a nice posh vintage port but white wine actually makes a better accompaniment to cheese, because the acidity cuts through the creaminess. Try serving the hard cheeses with a medium-dry Vouvray, its sweetness counters the cheese’s salty dryness, and smooths out the nutty flavours. Speaking of salty cheese, the French have matched the saltiness of Roquefort with the sweetness of Sauternes for years. The tangy soft cheeses are well-paired with an aromatic white, so our choice would be a Loire Sauvignon.

Now, the lovely people at Les Nouveaux Fromagers are offering our readers the chance to win a cheese box of the finest French cheese for themselves. Just enter via the Rafflecopter below for your chance to win, good luck!