Do you know what your sleep position says about your personality? Experts, such as Professor Chris Idzikowski have analysed six common sleeping positions and linked each of them to a particular personality type.

When you sleep in a position that makes you feel the most comfortable, this conveys what is most comfortable for you. And because you do it unconsciously, it can be seen as an honest expression of your innermost self.

While there may not be a lot of what your sleep position says about your personality, experts agree that it gives us a very valuable glimpse into certain facets of our personality we might not even realise.

What Your Sleep Position Says About Your Personality

Skydiver Position (on your stomach)

Sleeping on your stomach with your head to one side and your arms wrapped around a pillow often conveys an open and playful personality.

Experts believe that people who like to sleep in this position tend to be fun loving, brash and straightforward. They like to take risks but also have a strong need for control. Free spirited and adventurers, they’re also bold and sociable but sensitive to criticism.

The fetal position is where a person sleeps curled on their side with their knees brought up close to their stomach or chest. According to a survey done by a sleep specialist, Chris Idzikowski, this was found to be by far the most popular sleeping position with over 41% of people saying it was their preferred way of sleeping.

Sleeping in this position gives you a certain sense of safety and comfort. It’s believed that those who adopt this sleeping position tend to be shy, sensitive and introverted. Calm and reliable people like this yearn to be protected, understood and sympathised with.

And though they may have a tough exterior. Deep down inside, they are some of the kindest, most gentle and most soft-hearted people you will ever meet.

Sleepy Soldier Position (flat on your back)

Next is the sleepy soldier, which is when you sleep flat on your back with your arms at your sides as if standing at attention.

Those who like to sleep in this position are said to have strong, silent personalities. They tend to be disciplined, hard working and self-motivated people who enjoy structure and take themselves very seriously.

Many of them are also perfectionists and over-achievers with incredibly high expectations for both themselves and those around them.

When someone sleeps on their side, usually with their legs straight and their arms beneath their pillow, it means that they are sociable and easy going.

Also known as the log. This was found to be the second-most popular position for sleep. This position is comfortable and relaxed. People who like to sleep like this can be very talkative, charming and friendly.

Most of them tend to be trusting and warm but also a bit gullible and naive.

If you tend to fall asleep with one of your legs raised. It may mean that you have an unpredictable and adventurous personality.

People who like this sleeping position are often spontaneous, emotional and temperamental. They’re drawn to excitement and may be moody or indecisive at times.

Those who sleep with their leg raised also tend to be driven, competitive and very charismatic. They’re natural-born leaders who enjoy being the centre of attention and care deeply for their loved ones.

Sleeping on your back with your legs stretched out and your arms above your head is known as the shooting star or starfish position.

A unique and unconventional sleeping position. People who like to sleep like this are shown to be very amiable, mild mannered and easy to get along with because of how trusting and open they are. They have no problem letting their guard down around others and have great communication skills that make them all the more likeable.

They’re loyal and supportive friends who go out of their way to help the people they care about. Which doesn’t come as a surprise when you consider how their particular sleeping position makes it look like they’re always reaching their arms out in a welcoming hug.

What position do you like to sleep in? Do you relate to what it says about your personality? Tell us about it in the comments below. 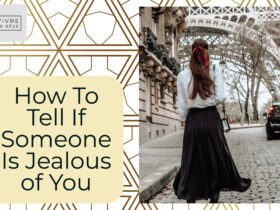 How To Tell If Someone Is Jealous of You 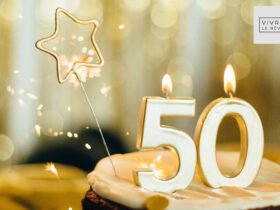 How To Stay Fit and Healthy and Live Well After 50 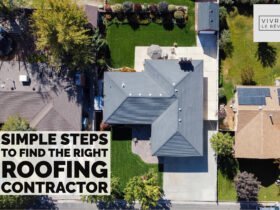