Two weeks ago the lovely people at CB12 sent me a bottle of their new CB12 White to try out, twice a day for two weeks. I’m usually quite dubious about the whitening claims of products like this, but nonetheless decided to accept the challenge and I’m now reporting back. 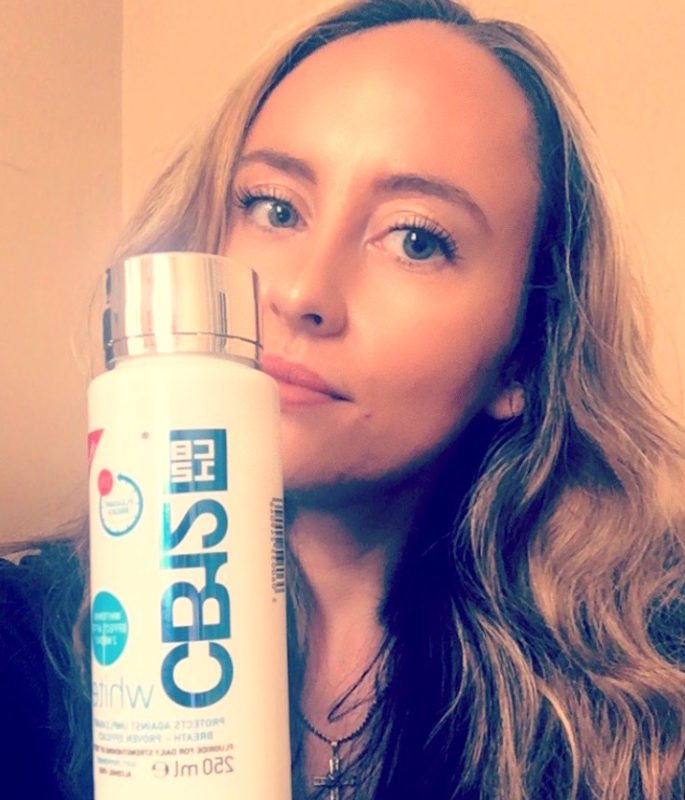 Firstly, I love the bottle. I know, I know. I should not be judging the effectiveness of a whitening and freshening mouthwash by its prettiness or aesthetics, but it certainly helps. It fits in very nicely next to my other fancy toiletries and Diptyque Candle in my en-suite plus it doesn’t draw the eye to it like others do.

Secondly, their claims of 12 hours of fresh breath are true. In fact, I’d say it was closer to 14-16 hours in effectiveness, which is wonderful for quite obvious reasons.

And finally, the whitening aspect, it’s stated on the bottle that you’ll see whitening effects after 2 weeks. It’s the first whitening mouthwash I’ve ever tried and I’m a convert! It’s so easy to use and each week I’ve noticed a difference. And the true test? I’ve had compliments from friends who didn’t know that I was testing out CB12 White. One even asked me if I’d had them professionally whitened! So, what more could you want? It looks far better than any other mouthwash bottle on the market, whitening that works and fresh breath for the better part of half a day. Use CB12 White, twice daily after brushing your teeth for a natural bright and confident smile!

On the bottle: CB12 White is scientifically proven to help whiten teeth after two weeks, used twice a day after brushing. It helps reduce staining particles (for example, those caused by coffee, tea, red wine and nicotine) that cause teeth discoloration and helps protect against new stains. CB12 White is non-abrasive and includes fluoride to strengthen the enamel. CB12 is a scientifically proven and patented formula that provides pleasant breath for 12 hours by neutralizing the processes that cause unpleasant breath. 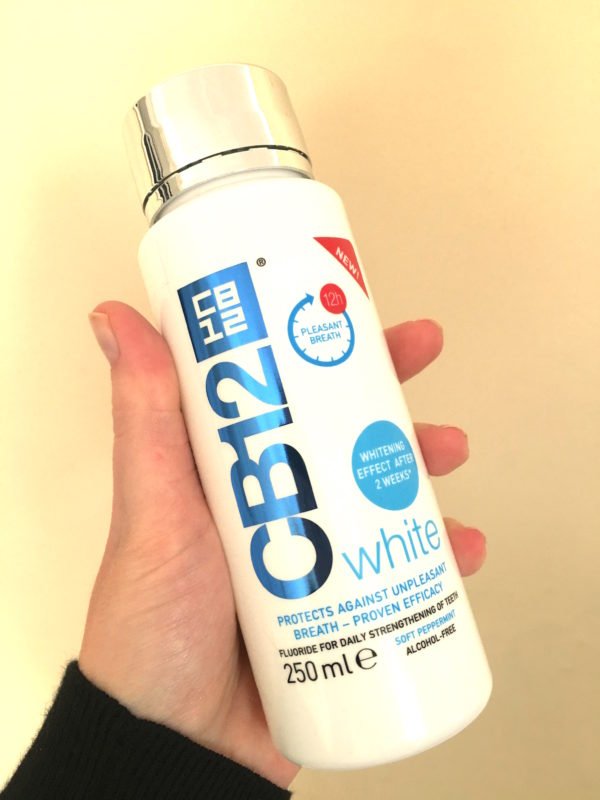 If you’d fancy trying out this two week challenge for yourself, we’re giving away one of three bottles to our lucky readers. Just enter using the rafflecopter form below, good luck!