Why is it So Much Harder to Sleep as You Get Older?

Why is it So Much Harder to Sleep as You Get Older?

Getting enough sleep is a big issue for a lot of people, and apparently it only gets worse as we get older. In a study published in Neuron, a group of U.C. Berkeley researchers argue that certain brain mechanisms change as we age, and that prevents us from getting the right amount of sleep.

As you get older, your brain has more difficulty discerning when you’re actually tired. The decline begins in your late 20s. And by the time you’re 50, you spend half as much time in deep sleep than you did 30 years before. “It’s almost like a radio antenna that’s weak,” U.C. Berkeley professor of neuroscience and psychology, and the review’s co-author Matthew Walker, said. “The signal is there, but the antenna just can’t pick it up.”

The U.C. Berkeley researchers say this information can help develop medication for the issue. As well as alternative therapies. In the meantime, there are ways to improve your quality of sleep, including finding the perfect room temperature, and filling your home with a calming scent.

Or you could even try our new favourite – the 4-7-8 technique. One scientist claims he has a way of getting insomniacs to slip into a slumber in just 60 seconds. And it doesn’t involve prescription drugs or strange lighting. Dubbed the 4-7-8 breathing technique, the method is described as a ‘natural tranquilizer for the nervous system’ helping to reduce tension in the body.

It was pioneered by Arizona-based Dr Andrew Weil who says on his YouTube channel: ‘It is utterly simple, takes almost no time, requires no equipment and can be done anywhere.’

The technique is based on pranayama. An ancient Indian practice that means ‘regulation of breath.’ The Harvard-trained doctor claims that 4-7-8 is such a powerful technique because it allows oxygen to better fill the lungs. This extra oxygen can have a relaxing effect on the parasympathetic nervous system. Which promotes a state of calmness. During times of stress, the nervous system becomes over stimulated leading to an imbalance that can cause a lack of sleep. As well as relaxing the parasympathetic nervous system. Dr Weil says 4-7-8 helps you feel connected to your body. And distracts you from everyday thoughts that can disrupt sleep. He says it can also help anxiety.

Dr Weil suggests practicing the technique twice a day. For six to eight weeks until you’ve mastered it enough to fall asleep in just 60 seconds. 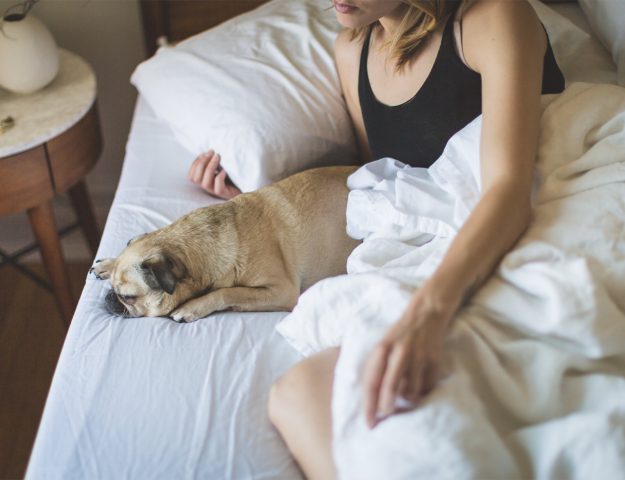 Why It’s So Much Harder To Sleep As You Age

How to Prepare for Christmas Early – Week Seventeen