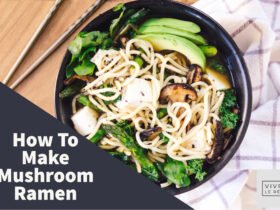 How To Make Mushroom Ramen