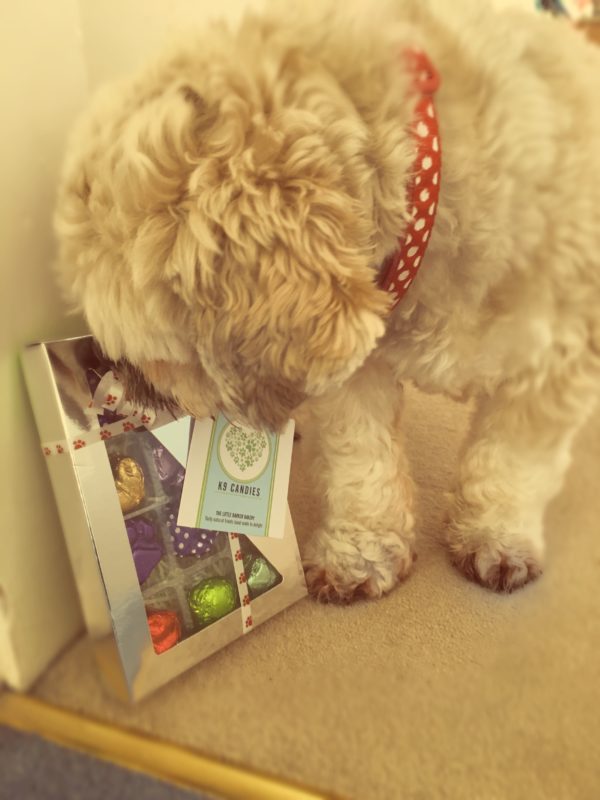 I’m not sure which one of us is more excited to talk to you about these adorable K9 Candies from The Little Barker Bakery, my little ball of fluff discovered this Christmas present early, look at him snuffling it! I’m not surprised really, treats never last very long around these parts with Teddy around. These ones are very special treats too, because they’re a box of doggy chocolates. Now, any pet owner knows that human chocolate is downright dangerous for dogs, so however much they beg for a piece we mustn’t give in. These beauties are made with Carob, so they’re fine for your pup’s treat on Christmas day. 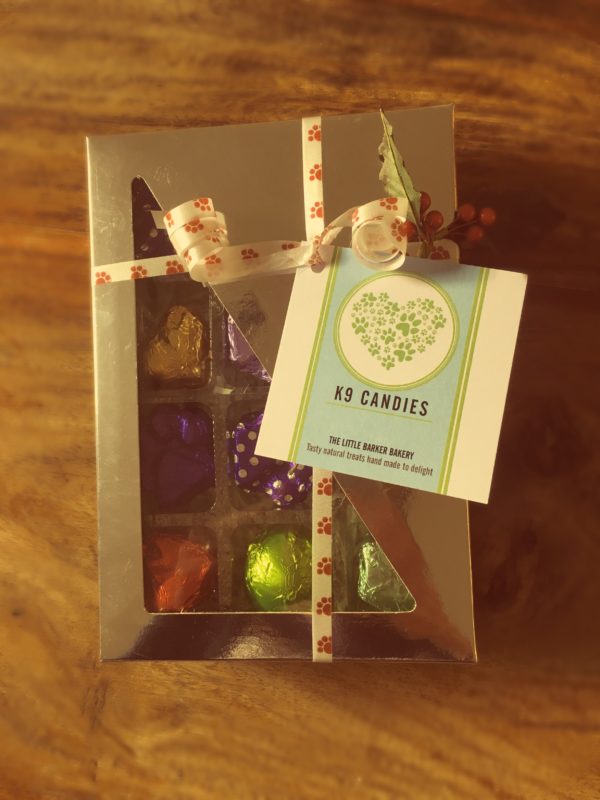 Carob is a naturally sweet chocolate substitute that can be ground just like chocolate. It comes from the pod of a tree that grows in the Mediterranean. Because it doesn’t have any caffeine in it, humans who are sensitive to chocolate often use carob as a substitute. Dogs can also eat it because it only has trace amounts of theobromine, which is what makes chocolate so poisonous and nasty for dogs in the first place. Carob chocolates are probably even better for your doggy than you thought, because Carob contains vitamins A, B, B1, B2, B3, B6, D and E. It also has has three times as much calcium as cocoa, as well as protein and loads of fibre. Obviously these are still treats so you still want to feed them to your pup in moderation, but it’s a safe and mouth-wateringly sweet treat for a good pup.

I just love the way they are individually wrapped in assorted coloured foil, like human chocolates, I swear that Teddy can hear a foil wrapper at hundred paces so I think these seem like even more of a treat to him. I think that the K9 Candies will look so pretty under the tree at Christmas time, although I’m pretty certain that ours aren’t going to make it that long! 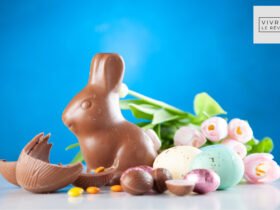