I’m super excited to talk to you today about my experience with EatEnjoy Gluten. I know that quite a few of our readers suffer from gluten sensitivity and therefore find it difficult to enjoy foods that others take for granted. When I first heard about this product I knew I had to try it, I was looking forward to tucking into a big bowl of my old favourite, pasta primavera. EatEnjoy Gluten is clinically proven to reduce the frequency and severity of symptoms associated with gluten sensitivity. 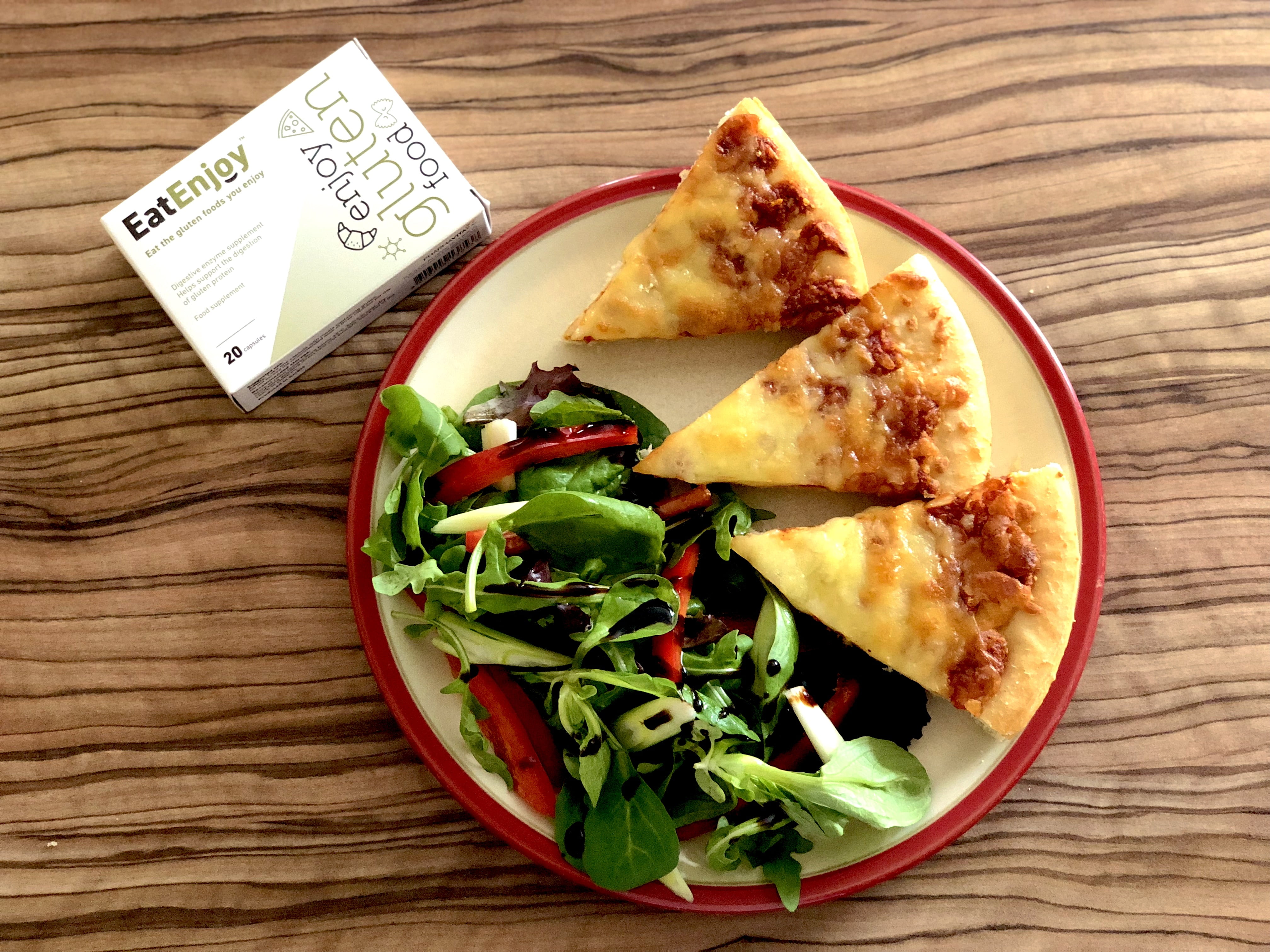 So, what even is gluten?

Gluten is found most commonly in wheat and other related grains, such as barley and rye – it’s the adhesive properties of gluten that hold together bakes and cakes, adding texture and chewiness. Gluten is also used in a wide variety of other foods as a thickener, binder, and flavour enhancer.

How does gluten affect your body?

Gluten consists of several different proteins (the two main groups are gliadin and glutenin) which can be difficult to digest. Undigested gluten proteins trigger the immune system to attack the inner lining of the small intestine, resulting in varying levels of gluten sensitivity.

EatEnjoy Gluten works by breaking down these proteins and can help alleviate the symptoms associated with gluten sensitivity. It’s carefully formulated from a combination of enzymes to deliver a rapid and effective solution to gluten sensitivity.

Time to feast on your favourites again!

Trying to keep gluten free can be really hard, and mean missing out on some of your favourite foods. Sometimes a gluten-free loaf just doesn’t hit the spot the way regular bread does! EatEnjoy Gluten has been created so you can eat the foods you really want to, and to protect you from hidden gluten when eating out.

So, how does it work?

Simply take one capsule before any meal containing gluten – bread, pasta, pizza, cakes and biscuits all fit the bill. Each capsule contains enzymes which will help your body break down gluten naturally! EatEnjoy Gluten capsules come in convenient packaging so they’re super easy to carry around with you.

I have to say that I really did put this gluten enzyme supplement through its paces. And I’m happy to report back… it really works! I took one before a pasta dish and almost all of my sensitivity symptoms that would usually appear fairly rapidly, did not. I used to eat out a lot more often, but my gluten sensitivity has stopped me from taking chances at restaurants that I don’t know for sure are gluten-free. Now that I can carry EatEnjoy Gluten with me. I’ll be much more likely to try new places and foods without worry!

Curious if you may have a sensitivity to gluten yourself? I’ve included the most common signs and symptoms below:

The best way to determine if you have an issue with gluten is to do an elimination diet. This means taking it out of your diet for a couple of weeks and then reintroducing it. This may mean that some popular dishes and drinks may no longer be available to you. Pasta and processed foods such as bread are usually the big offenders. But things like beer and ales will also have to take a backseat. If you feel significantly better when you’re not eating gluten or feel worse when you reintroduce it, then gluten is likely a problem for you. 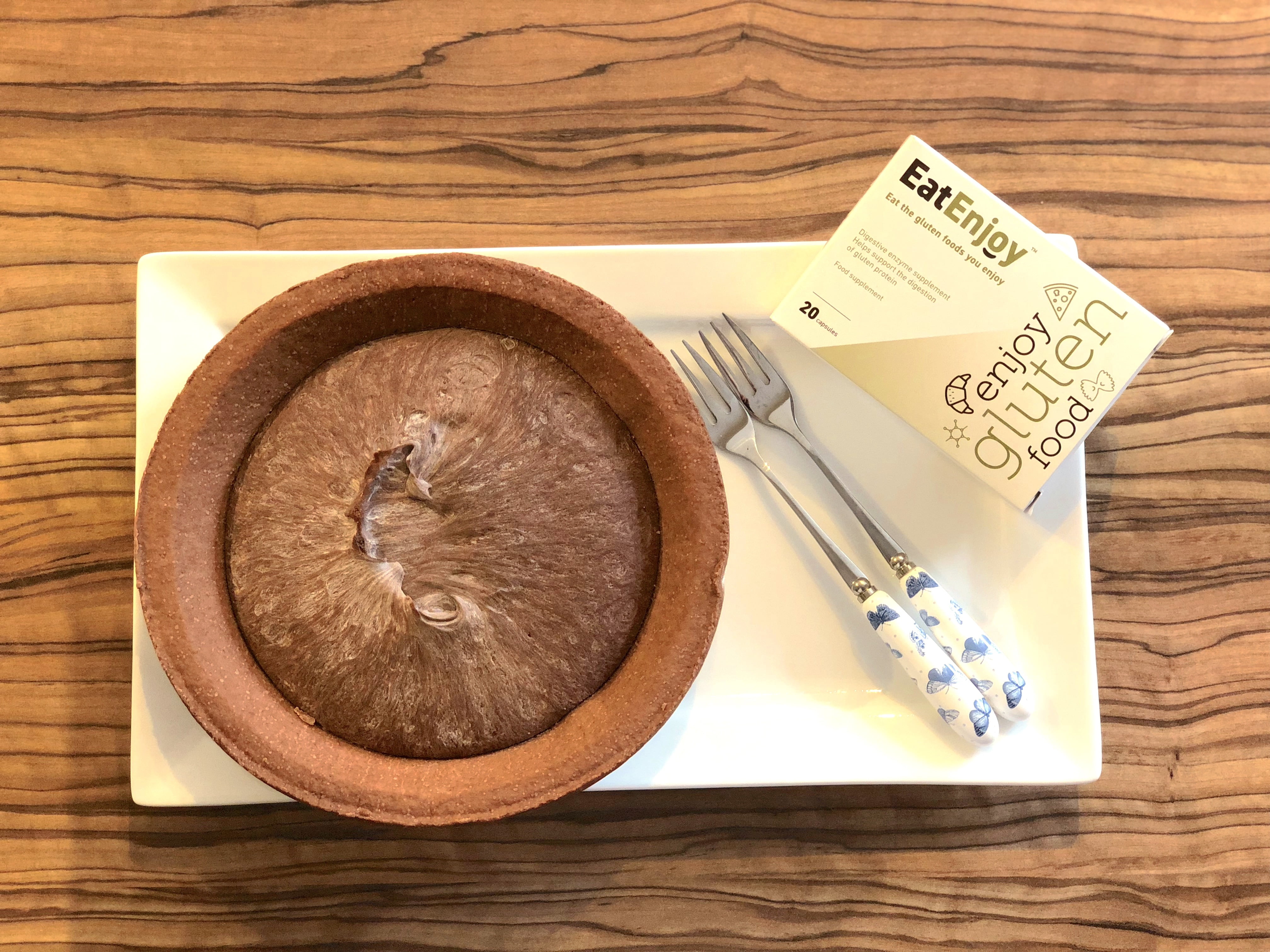 That’s where EatEnjoy Gluten comes in. It can eliminate up to 90% of symptoms when taken, however it is not a cure for intolerance, rather a supplement to make digestion easier. It is especially useful when there is suspicion about hidden gluten in foods, and is therefore perfect for people who are simply gluten sensitive.

While this product is great for those who suffer from gluten sensitivity (and worked brilliantly for me!) it isn’t suitable for coeliacs, or anyone with a diagnosed medical condition of the stomach or intestinal tract, and should not be used as an alternative for treatment of those conditions.

You can buy EatEnjoy Gluten here for £9.99 and you can get 20% off your first order plus free shipping with code ENJOY20OFF.