I have always loved the Dior Addict Lip Glow ever since they created the original in shade 001 Pink years ago. It was moisturising and added a hint of color to the lips that was unique to each wearer. It’s unique in that it is a made-to-measure lip balm that beautifies and durably enhances the lips’ natural colour. Because DIOR ADDICT Lip Glow reacts directly with the unique chemistry of each woman’s lips before releasing its colour ingredient, each colour is custom. In addition, I love the fact that it’s SPF10, a truly universal balm for all lips.

“The first universal balm by Dior reacts to the unique chemistry of each woman’s lips to give them a natural flush of custom pink that suits her skin tone. As if revived from within, lips are fresh, full and radiant.” Dior.com

I remember when I first started buying this, I was a bit concerned that it was going to just be a really expensive lip balm but I was so happy with how it looks on. I have quite red lips naturally and was worried it wouldn’t add any colour but it added a beautiful pink glow. It was my lips – but better, which is what I look for in a neutral lipstick. In fact, I even wore it on my wedding day!

We’re giving away one DIOR ADDICT Lip Glow to three of our very lucky readers. Just enter via the Rafflecopter below for your chance to win, good luck! 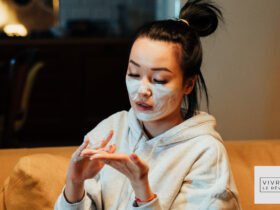 Acne in 2022: A How-To Guide for Treating Your Skin

These Common Makeup Mistakes Are Making You Look Super Tired!